Sometimes one recognizes that some important things are missing. I have to admit that during the last two years, I have lost contact to two of the most valuable things one can have – some people that are really important friends and my beloved hobby, the photography.

Sad losses in the family during 2016 as well as some stressful and time consuming challenges I had to face in my professional career within the last two years had cost me power and creativity. The strong feeling that you should fix the fence but can’t afford the time because every day you’ll first have to catch the cattle. The sentiment of having no power, being tired and groggy. Making a step forward but only to assert to be thrown under the bus… 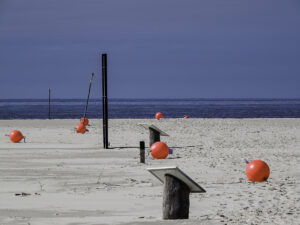 To recover disregarded connections to some lost friends, broken more or less caused by my own laziness, is one construction side and maybe an additional story. The other one is to walk out and get back the fun and satisfaction that the photography gave me once. Seems that I have lost the focus, somehow.

About thirty-five  years ago, I got my first “real” camera as a birthday present. A Mamiya ZE 35mm reflex camera together with a 50mm lens, a year later complemented with a 80-200mm zoom lens. It was great fun to start my first photographic experiences. Some years later, driven by the relatively high costs for film and prints and the limited abilities of the half automated ZE either, the interest changed and girls, cars and making music took its place. Then, in 2007, I found the way back to my old and long buried passion. Gear has changed several times since then and with a lot of passion I have drifted from capturing water drops into the first tripod depression, did some birding and rabbiting, searched the balance between lens distortion and blurred brick walls, survived the phase of askew street photos, did some dusk and dawn and, eventually, found out that people and landscape are my favorite areas. As long as I’m not with other fellow photographers, cause while hanging around with others, talking aperture and shutter speed, the theme is irrelevant.

Lack of time and some other impacts put me off a little bit. And, with a little distance, the look at my last landscape series, taken during my last stay on the island of Langeoog in last November, shows some uninspired, sometimes boring and mechanically taken pictures. To get your own idea, just have a look at the last two post in my Langeoog collection on G+, here and here ### Link:  ###

I cannot paint, so I take pictures. And somehow, I shall attempt to get back the fantasy, the inspiration and the satisfaction I’d once archived out of my photographic experiences.

One way might be to change things a little bit and therefore I’ve decided to leave all digital stuff at home, turn the clock back some years and give analog film a second chance (although film is that hip currently).

This will be my little journey for the next weeks and you’re welcome to join me.